Cindy Coutant is an artist, researcher and publisher. Her installations, films and augmented readings close to the SF genre probe into our conception of technology and its relation to affects. They address issues such as love in an age of lexical privatisation, the grammar of anxiety and alternative narratives for the creation of the world. Her creative thesis establishes a genealogy of the minority critique of technology that brings our relationship to the future up to date. Cindy Coutant is in residency as part of the Cité internationale des arts “2-12” programme. www.cindycoutant.net

See details in the Exhibition page 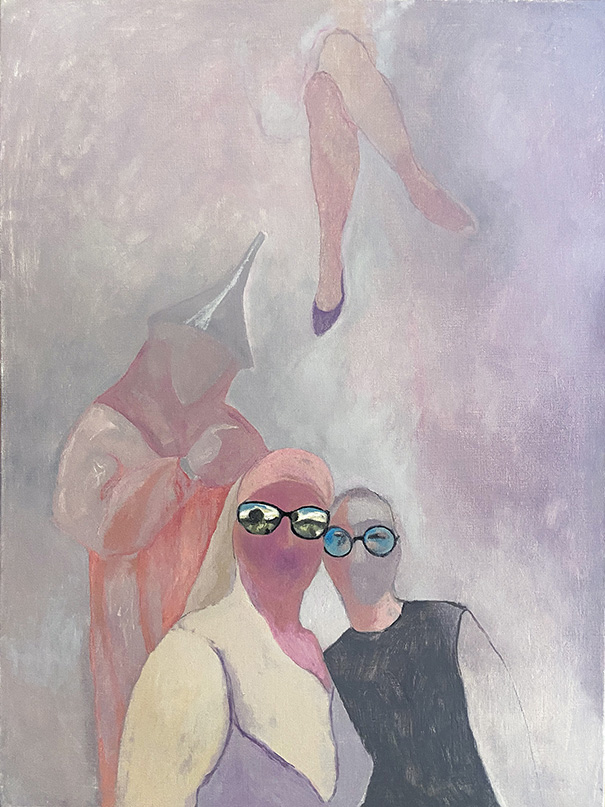 Ornela Vorpsi was born in Tirana, Albania in 1968 and currently lives and works in Paris. She has written and painted since early childhood and is a graduate in painting from the Akademia e arteve të bukura in Tirana and the Accademia di Belle Arti di Brera in Milano. She then continued her studies at the Université Paris VIII, in philosophy. For decades she found refuge in writing. Although her native language is Albanian, she turned to Italian and French, always on the hunt for a language stripped of the vagaries and traumas of childhood. Her books have been published in nineteen languages. Ornela Vorpsi is currently resident at the Cité internationale des arts. http://ornelavorpsi.com/

« My question is: What is madness today? What new names have we given it? What ancient figures haunt them, as a city is haunted by all its past? I introduce in my paintings also pictorial characters of the Middle Ages such as those of Bosch or Bruegel, presences of the eternal madness, which always threatens (gives the frightening, the dangerous chance) to trepan us of our flat and protective certainties. »

Brazilian filmmaker and cinematographer, Camila Freitas studied cinema in Brasilia (UnB), Rio (UFF) and Paris (École Louis Lumière). Her work addresses space and landscape as grounds for creative uprisings. Her first feature film Chão (Landless, 2019) premiered at the 69th Berlinale, and was screened in spaces dedicated to film and art around the world, such as the Anthology Film Archive (NY), the ICA (London), and the Cinéma du Réel festival at Centre Pompidou (Paris), having won prizes at the Festival do Rio, Olhar de Cinema, Festival of Innsbruck and Festival Jean Rouch. Connected to Babado (a hybrid feature in development), her current research is crossed by the notions of border at the crossroads of body, gender, and sexuality, focusing on storytelling as a key to collaboration between the living and the spirits. She is currently in residency at Cité des Arts, in Paris, supported by Institut Français. 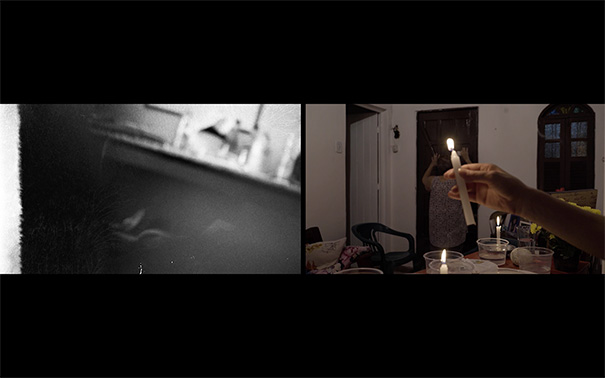 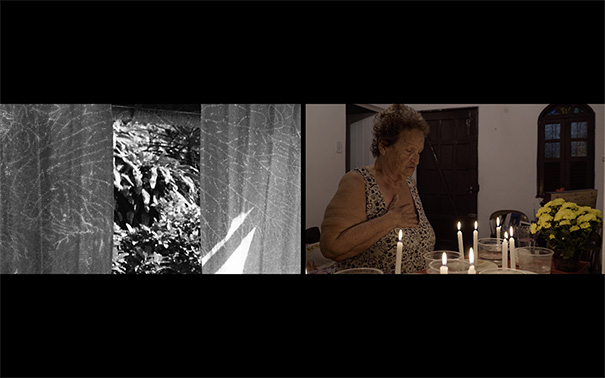 In Afro-Brazilian religions, narrative sharing is at the heart of the transmission of knowledge and power, under the influence of the ancestors, and a tool for survival. The presence of spirits arises through practices and rituals around the trance, and the cohabitation between the living and the dead constitutes family networks beyond the boundaries of the flesh.

Apparition begins with a story, shared by the filmmaker’s grandmother, about her first encounter with one of the members of what would become her spiritual family: her first vision of a caboclo, a spiritual entity that inhabits some of these cosmologies, such as the Umbanda. This story, both a treasure and an enigma shared over the years among family members, becomes a matrix and framework for other visions and their narratives, born in other bodies, such as that of the artist and her mother’s.The meeting between grandmother and granddaughter occurs as the latter prepares for the passage into the unknown of motherhood, also giving birth to other ways of seeing the world. What are these dark and opaque hinges made of, where encounters and alliances between planes, worlds, generations and modes of existence are woven, while life, death and birth never cease to haunt and reinvent each other?

Anna Gohmert is currently resident of the Cité internationale des arts.
“I see my artistic practice as belonging to the genre of autofiction. I enter themes by exploring other people’s perspectives alongside my own personal approach. I am interested in finding a formal language for intimacy without theorising the personal and losing the tenderness or rawness of the private. My topics include social justice, health challenges, generational conflicts, and how we deal with self-efficacy and powerlessness. I engage in personal conversations to dive deeper into the subject matter. Using heterogeneous media, I bring together these different aspects – individual areas of experience as well as scientific knowledge – as installations in space. Despite the various sources, materials, and people, the work is held together by an in/visible text that I have penned. For this reason, texts or the formats of book and film also re-present my way of working. » http://annagohmert.de/

Learning to Die – Life in 5 Acts 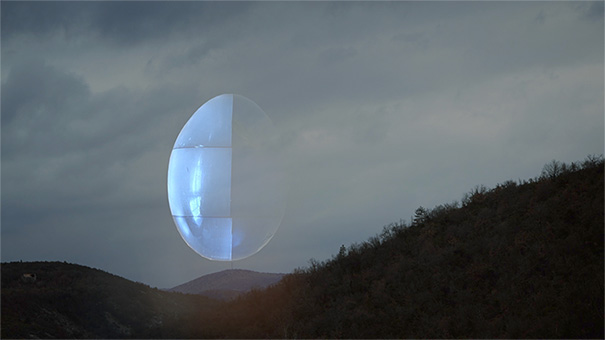 Video installation presented at Mozilla HUBS in a Cave or as a 5-Channel Video-Installation, all 5 Acts together 42 minutes, 2022

The 5 acts are dedicated to the course of life and provide a way to access the topic of dying.
The motif of a cave appears in all 5 acts. From this cave there is movement out, as well as movement back in. This introspection is accompanied by birds, eggs and voices that change their origin and tonality over time. Based on an intergenerational exchange, the video works depict different stages that represent certain processes that determine and shape all of our lives. The project follows the classical structure of the Aristotelian drama and takes the viewer on a journey through life in five chapters. As part of the release, this work was shown in a multi-generational house. Every fortnight, a new act was shown and discussed in a storytelling café. In a specially developed virtual space, the 5 acts were published one after the other every fortnight. The embedding in the virtual space is to be understood as a reference to an experience between worlds and thus approaches physical transformation or disembodiment.
The cave
The virtual room is open to everyone. All acts are available online. An event was held for each act, with an introduction and a talk that visitors could attend as avatars. https://hubs.mozilla.com/jMzRQEf/5Akter

The film focuses on dealing with the fact that it is just as challenging to go through the mood and hormonal changes while having your period, or getting pregnant, as it is when you suddenly enter (or have already completed) the phase that lacks this regular rhythm. Am I still desirable as a woman, even though, according to nature, I no longer smell animalistically oriented towards procreation? The story is accompanied by a pigeon that I always take the eggs away from so that it doesn’t reproduce. In the film, voices of a gynaecologist, a young mother who used to work in a pigeon loft to organise birth control, my mother, a shaman appear. The imagery consists of pigeons, documentary material as well as archival material from art history.

OPEN SOURCE BODY festival is a co-production of Art2M/Makery/MCD and the Cité internationale des arts, organized as part of the ART4MED program – art meets health and biomedical research – co-funded by the Creative Europe program of the European Union.